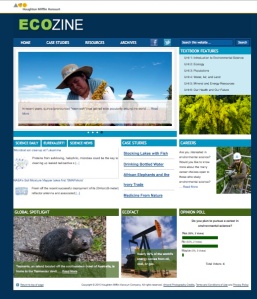 EcoZine is an online companion to the Houghton Mifflin Harcourt high school environmental science textbook. I research, write, and edit feature articles for this website during the school year.